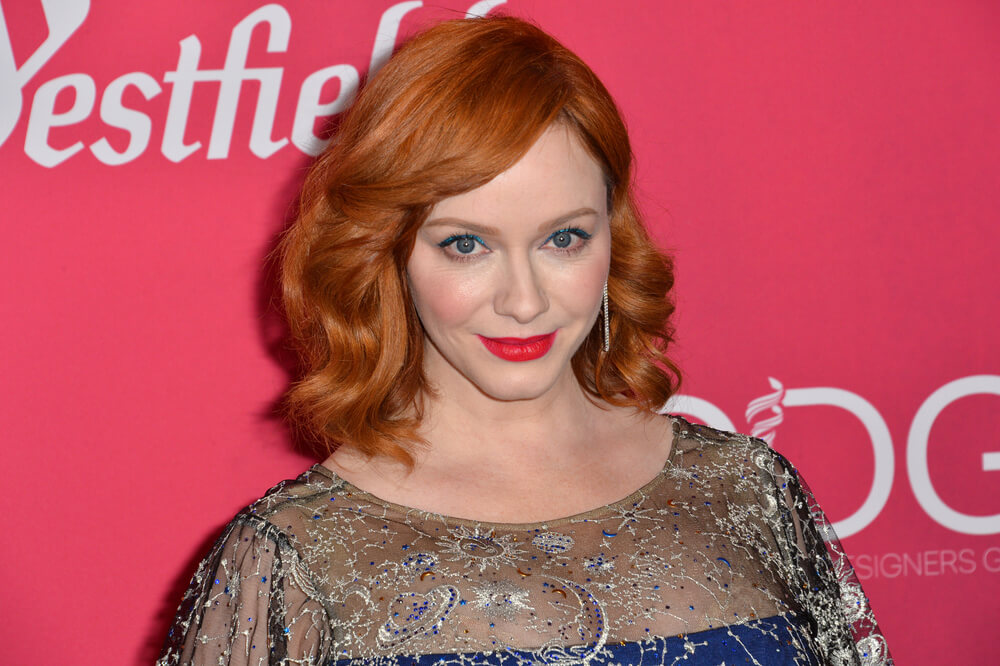 Any successful actress will tell you that the path to fame and richness through acting is littered with challenges. From limited acting opportunities, the explosion of aspiring actresses, financial constrains, rejection to outright feminism, the challenges are so many that any faint-hearted aspiring actress can easily tap out.

However, many actresses have waded through these challenges to become rich and famous. A sparkling example is Christina Hendricks, a successful Hollywood actress, who has featured in multiple movies and TV series, including the hit TV show, Mad Men.

Although her parents are originally from Birmingham, England, she was born in Knoxville, Tennessee, the United States on the third of May 1975. She came from a humble background. Her father was an employee of the U.S. Forest Service, while her mother was a psychiatrist. The nature of her father’s job meant that they moved around a lot. That means she dealt with the many challenges that come with being the new kid in school.

Navigating the Challenges in Her Teenage Life

When she was a teen, her father got transferred to the forest service department in Washington DC. While in Washington, she enrolled in the Fairfax High School, where, like most new high school kids, she was bullied. To avoid crossing paths with bullies, she joined the school’s drama department and that’s how her acting career began.

However, at the age of 18, she transitioned from acting to modeling and even participated in a local competition that guaranteed appearance on the cover of Seventeen Magazine for the winner. At the same age, she relocated to New York and signed up with a modeling agency to take her modeling career to the next level.

Before moving to New York, she indulged in modeling activities until the age of 27, during which she traveled to various countries and cities, including London, New York, and Japan. She even lived in London for about a year with her friends who were teaching in the city before she relocated to Los Angeles with her mother and brother. In Los Angeles, she met her brother’s friend who happened to be involved in acting. That was the spark that reignited her acting career.

In her quest to become one of the most famous models and actors, she played the lead in the 1999 music video, One Hit Wonder, by Everclear. And that’s when her outfits and vibrant redhead started to get noticed.

She made the most of her time in New York by participating in any modeling and acting auditions she could find. Her hard work and determination paid off when she featured in a few episodes of the MTV’s anthology series called Undressed in 1999.

12 months later, she nailed a starring role in the Showtime’s comedy TV series called Beggars and Choosers. She also appeared in other TV series, such as The Big Time, The Court, The Firefly, Kevin Hill, ER, and Cold Case.

She began to attract eyeballs in 2007 when she played Lily in La Cucina. She topped it all off by appearing in multiple movies, such as South of Pico, All-Star Superman, Life as We Know It and Struck by Lightning. However, it’s her appearance on Mad Men as John Harris that skyrocketed her acting career and won her multiple awards. She became a household name as a result. Although she’s 44 years now, she says she’s just getting started in her acting career.