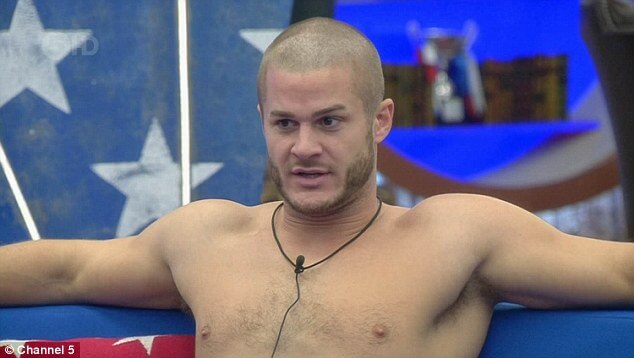 When he shared his sexual orientation on TLC’s series, This Is Life Live, the baseball player touched the hearts of many. It was clear that the news had been killing him a little each day. Ryan said that breaking the news on live TV wasn’t the easiest thing to do especially because he has a solid belief in God. Although we didn’t see this coming, we are very proud of Ryan.

Keynan Lonsdale has leading roles in The Flash, Insurgent, Love, Simon and Dance Academy amongst other great shows. Last year, the Australian actor shared a very personal part of him on his twitter handle. In the post, he said “I like to change my hair, I like to take risks with how I dress, I like girls & I like guys (yes).” So, yeah, our sexy Wally West is bisexual, better get used to it.

If you are a Law & Order or Person of Interest fan, you must have probably come across Dan Amboyer. His role as Younger made him even more famous. Apparently, Dan is gay and happily married at that. He told People on 7th October that being silent about his love for men was too much for him. Now, he can be free to live a normal life with his husband. Kudos Dan!

Natalie’s sexual orientation is not clear but queer, literally. The Parks and Recreation star tweeted something on Smart Girls website by Amy Poehler’s that drew more questions than answers. She said, “I don’t like labeling myself, or anyone else, but if it’s easier for you to understand me, what I’m saying is that I’m queer.” Just like you, we cannot interpret this further and we might never get to do that because Natalie just likes to be private. At least we know she is a steadfast supporter of the LGBT community.

June 2017 also saw Theresa Goh, another celebrity, come out as gay. Theresa Goh, the Paralympic proficient swimmer has won several medals and in turn, received adequate recognition for her talent. After 30 years of existence, she finally decided enough is enough and made the world know about her sexuality. According to Theresa, the time felt right.

2017 was a tough year for the House of Cards’ award-winning actor, Kelvin Spacey. Not only did he suffer shame when sexual allegations about him picked up steam but he got dropped by his publicist, agent and even Netflix. To counter the allegations, the 2-time Oscar winner first made a public apology about his behavior then told everyone that he was indeed gay.

Austin Amacost, the Celebrity Big Brother two-time cherry, is also gay. Many remember him for his bromance with James Hill. The American model who had a shocking separation with husband Jake Lees in 2016 told the public that he is asexual. Wait, we thought he was just gay!

Sexual orientation is a subject of heated debate, especially in the west. Even though society now accepts different sexual orientation more than a decade ago, it is still a hot potato. This is probably why celebrities that come out always hit headlines.